Be sure to fill out the form so that we can continue to improve the Missions Conference and make it relevant to you. Also, let us know how you would like to participate in missions with us.

Welcome to LGCC’s annual Missions Conference: His Last Command, Our First Concern!
Click the headers and sub-headers below to read more information about each of the sessions. YouTube and Zoom links will be added to each session as they become available.

This week’s speaker is Dr. Andy Pearce on “Belonging to Blessing” and “Hindu-Christian Friendships.”

We will learn from Jesus and His encounter with Zacchaeus how to create belonging that leads to blessing the nations of the world without leaving our campuses, neighborhoods, or workplaces.

Chaotic, vibrant, confusing, colorful, overwhelming, spiritual, diverse, daunting, and intense. All of these words (and more) describe India and Indian culture. The building of deep, authentic, and meaningful friendships with Indians in the U.S. is enhanced by understanding Indian history, culture, religions, etc. We will look at practical ways to build bridges of friendship with Indians wherever we are.

Dr. Jamie Taylor encourages our LGCC church family to implement our missions knowledge by developing faith and hope in this 3-part teaching series.

Jamie and Mimi were born and raised in Christian families in Taiwan. Following primary and secondly school in Taiwan, Jamie returned to the United States for university and seminary studies. In addition to studies, Jamie served in OMF’s Pray for China Fellowship (1982~1984), on staff at the Chinese Bible Church of Greater Boston (1987-1990, 1993-1995); and with Campus Evangelical Fellowship in Taiwan (1990-1993). After her undergrad studies at Soo-Chow University, Mimi continued her musical training at Indiana University and Boston University. Mimi went on to teach at a number of different schools in Taiwan, including China Evangelical Seminary, Taiwan Presbyterian Seminary, and Hualien Normal University.

In 1996, Jamie and family moved to Hong Kong to serve OMF’s Chinese Ministries (CM) Field, serving first as Director for Personnel and then as Field Director. In 2008, Jamie took on the role of Consulting Director for OMF’s CM and then 2014 Jamie and Mimi were invited to serve as the leader for OMF’s Church Missions & Ministries (CMM) ministries. In 2020, Jamie become the 8th president of China Evangelical Seminary (Taipei Taiwan), the first graduate-level inter-denominational seminary in the Chinese world. Jamie and Mimi remain members of OMF, forging a partnership between OMF and China Evangelical Seminary.

In addition, the Lord has also opened opportunities for Mimi to use her music talents/training in local churches, coupled with teaching at China Evangelical Seminary. Jamie has had opportunities to speak/share on missions and evangelism in North America, the UK, Europe, Australia, New Zealand, and across Asia.

Dr. Andy Pearce serves as Southern California Area Director for International Students, Inc. (ISI). He interacts with international students at Caltech and Cal State Los Angeles and supervises a team of 30 throughout Southern California. He has taken 20 trips to Asia for the purpose of following up with former international students. He also teaches 15-20 Perspectives missions classes each year. Prior to being called into full-time work with international students in 2000, Andy was a high school math teacher for ten years, a math textbook editor for one year, and a textbook sales representative for four years. He has a Bachelors in Mathematics from UCLA, a Masters in Theological Studies from Liberty University, and a PhD in International Development from William Carey International University. Andy and his wife Sandy have been married for 30 years and have five children aged 19-27, four adopted as infants from China and one from Southeast Asia who joined the Pearce family as a teenager.  Andy enjoys preaching, tutoring at-risk math students, reading, learning languages, birding, climbing (in gyms), running, coaching basketball, and playing tennis. 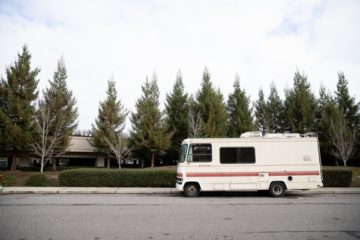 MOVE Mountain View (MOVE MV) exists to provide a safe haven for our neighbors who live in their vehicles. By providing safe parking & case management, MOVE MV clients can focus on their plans towards Read more… 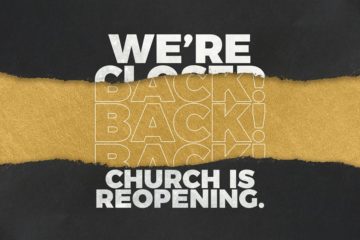 Back to Church Celebration 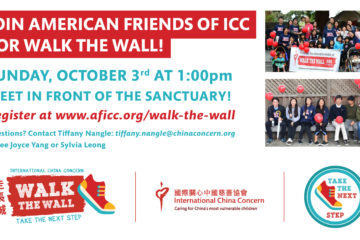